The Emergence of Young Talent

Over the past years, there has been an emergence of talented young soccer players. The world has seen players in the 19-21 age group like Kylian Mbappé, Matthijs de Ligt, Frenkie de Jong, Erling Haaland, and many more who have established their dominance in the world of soccer.

Mbappé, at the young age of 21, has a trophy case with multiple Ligue One medals, a World Cup trophy, and a Golden Ball.  Frenkie de Jong and Matthijs de Ligt (from Ajax Youth Academy) transferred and are now playing for two of the world’s biggest teams.

This poses the question, “How did these talents emerge, and why are they so dominant at their age”?

Soccer is continuously evolving, especially from what it was decades ago.  From training, tactics, styles of play, to conditioning, the game is constantly changing.  Perhaps the most significant change in recent years has been the evolution of player development, with clubs investing time, money, and resources in their youth development programs. They now have dieticians, physical therapists, trainers, and coaches on staff to help these young athletes.

One thing that has not changed is the fact that soccer is a physical sport.  It involves an immense amount of cardiovascular activity and body-to-body contact.  Clubs develop their young players through different eating plans, exercise programs, and drills, so they can be in top physical condition.

There is a mental aspect to the game as well.  Becoming a top professional player also involves mental aspects, including dealing with the pressure in big games, pressure from fans, pre-game anxieties, and more.  Players are brought out to compete more often  in tournaments and leagues to help them better deal with anxiety and mental pressure.

Furthermore, the emergence of mental health therapists has become a trend in recent years. A great example of this was during the 2018 World Cup when England,  when a relatively young team, faced multiple penalty shootouts.  The team had trained specifically for this situation with drills and coaching. They also had mental health professionals there to listen to how the players were feeling and provide coping skills to deal with any mental obstacles. Even though they did not win, the players learned the skills necessary to keep their composure during intense situations.

Soccer is also a game of confidence. Only the players who can bounce back tend to remain consistent. Because soccer is an extremely competitive sport, it is often difficult to always be confident.  The advantage youth players have is the abundance of training, programs, and tournaments. At an early age, players compete with hundreds or even thousands of other players at youth academies. These competitions bring the best out of every player.

Perhaps the emergence of more and more young players is because of the emphasis on player development, both physical and mental. 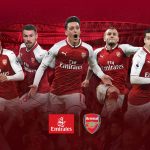 The Importance of Soccer Sponsorshipssoccer, SPORT 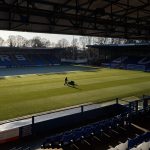 How the Pandemic Affects the Business of SoccerSPORT